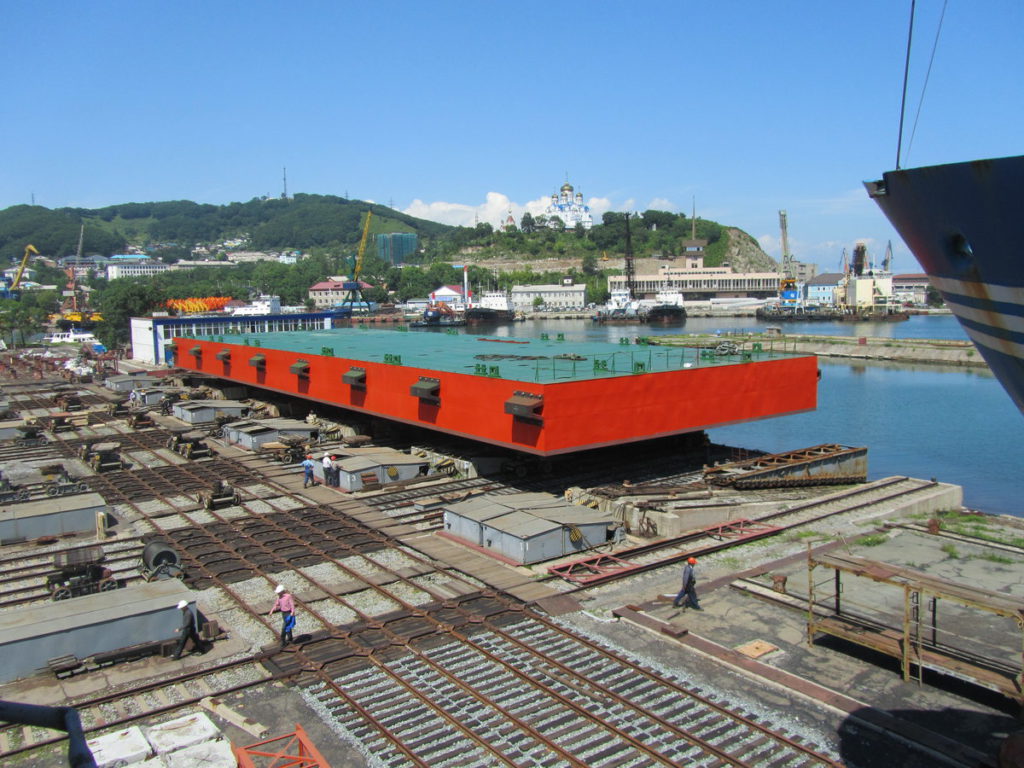 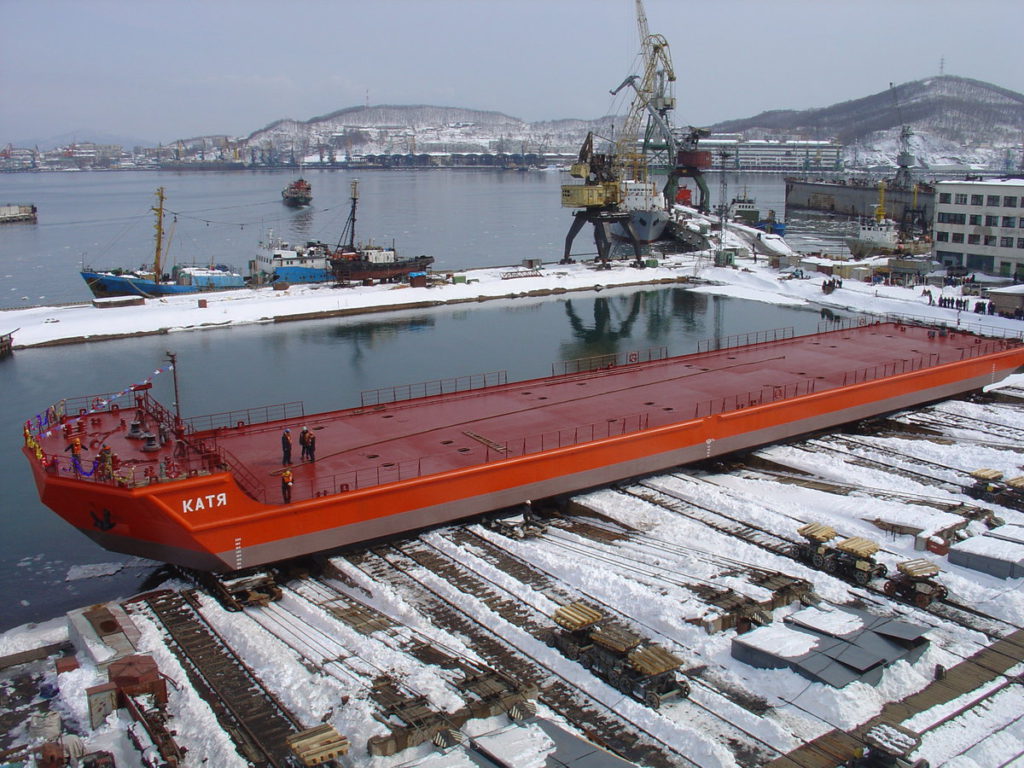 Nowadays the shipbuilding tradition is still carefully held up by Nakhodka Ship Repair Yard. The company has all necessary production facilities to complete orders for construction of vessels with deadweight up to 7000 tons of various purpose and any complexity.

The portfolio of completed orders includes the largest industry projects. Among the first – two vessels of the pontoon type “Katya” and “Stepan”, which was built by the order of CJSC “Pacific bridge construction company” (at that time tthis company was engaged in construction of bridge across the Golden Horn Bay for the APEC summit-2012). It was the most ambitious shipbuilding project since the beginning of the reformation period in Primorskiy region.

In July of2012, PJSC “NSRY” completed another shipbuilding project. A floating jetty with a length of 70 m, a width of 22 m and a weight of 320 tons was built by order of “Eastern petrochemical terminal” LLC. 50 scaffolders, welders and fitters were hardly working on construction of the floating jetty for four months.

Newly built jetty was towed to the Vostochny Port. The commissioning of this jetty allowed the customer to increase the volumes of petroleum products transfer significantly, because large tankers with the draught up to 11 m can enter the port for unloading.

A self-propelled barge “Grand-555” of “Slavyanka” type became the next shipbuilding order. Such vessels were built by PJSC “NSRY” since the seventiesof the last century. However, the design was improved while implementing the order for CJSC ” Chukotka trading company”. As a result, the client received a modern ship of a good quality able to operate both at sea and on rivers.

Next shipbuilding project brought PJSC “NSRY” to a new level. In 2012 the Far Eastern Plant “Zvezda” layed down a keel of tanker “Sakhalin”. The ship was built for JSC “Rosneft” by order of JSC “Far Eastern Shipbuilding and Ship Repair Center “ (FESRC). But due to the heavy workload of FEP “Zvezda” the construction was transferred to the Nakhodka ship repair yard. The purpose of the vessel – loading, transportation and simultaneous discharge of up to four types of petroleum products. Tanker with deadweight of 3,100 tons meets the new international requirements and can operate in ice conditions with a higher class of environmental security and automation, is equipped with the most modern machineries. 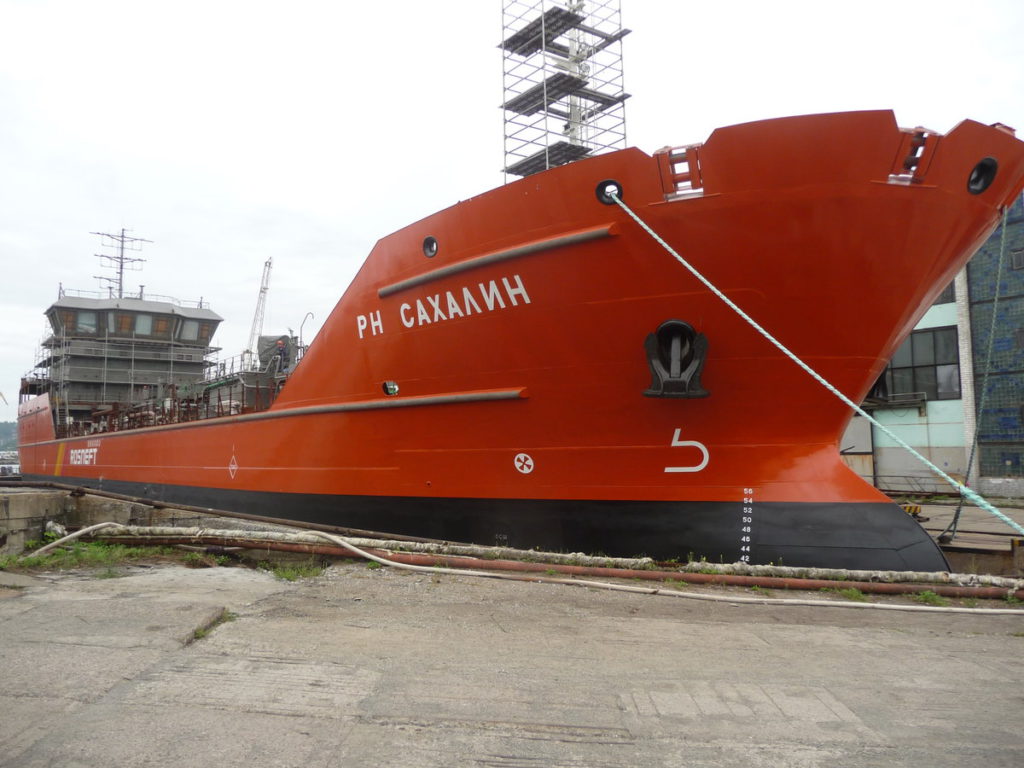 Vessels of such class and tonnage have never been built in Nakhodka or all over the Primorskiy region before. For implementing such a large and new project NSRY professionals were trained in Poland and China, where shipbuilding is on the top of the economy.